Welcome to the base ten blocks page at Math-Drills.com where blocking your students' learning is the best approach! On this page, you will find several worksheets for base ten block manipulatives. Base ten blocks are an excellent tool for teaching children math number concepts because they allow children to touch and manipulate something real while learning important skills that translate well into paper and pencil addition. They are also proportional representations of numbers, so that a thousand block is actually 1000 times greater in size than a one block.

Most Popular Base Ten Blocks Worksheets this Week

The numbering system that children learn and the one most of us are familiar with is the base ten system. This essentially means that you can only use ten unique digits (0 to 9) in each place of a base ten number. For example, in the number 345, there is a hundreds place, a tens place and a ones place. The only possible digits that could go in each place are the digits 0, 1, 2, 3, 4, 5, 6, 7, 8, and 9. In this example, the place value of the ones place is 5.

Base ten blocks turn the base ten concept into something children can see and touch. 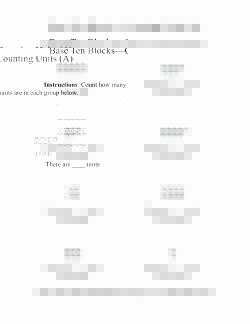 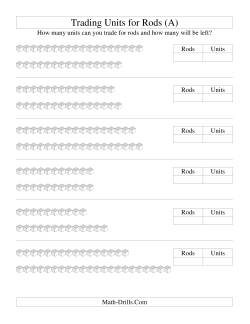 Representing numbers with base ten blocks 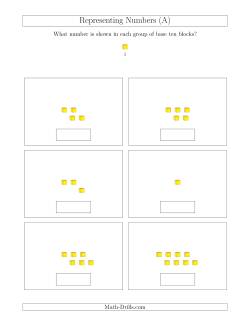 Representing numbers with base ten blocks worksheets helps students learn how to represent numbers, so they can use base ten blocks for addition, subtraction, multiplication or division.

To represent a number using base ten blocks, make piles of base ten blocks to represent each place value. If your number was 2784, you would make a pile of 2 blocks, a pile of 7 flats, a pile of 8 rods, and a pile of 4 cubes. It is useful to arrange the piles in a row in the same order that they appear in the number as that will be useful later on when children learn the paper and pencil algorithm.

Representing numbers with base ten blocks that require regrouping 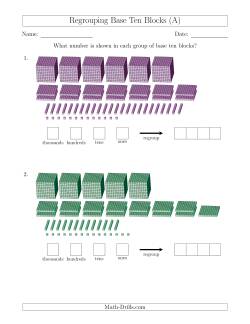 These worksheets include pre-made piles of base ten blocks that students can practice regrouping.