Thanks for visiting the European number format version of the decimals and percents worksheets page at Math-Drills.Com where you will find A4 paper, commas for decimals and points for thousands separators. Decimals worksheets with European number formats including comparing and sorting decimals, and adding, subtracting, multiplying and dividing decimals. To start, you will find the general use printables below to be helpful in teaching the concepts of decimals and place value. More information on them is included just under the sub-title. If you would prefer English format decimals (i.e. periods used as decimals), please visit the Decimals worksheets page. 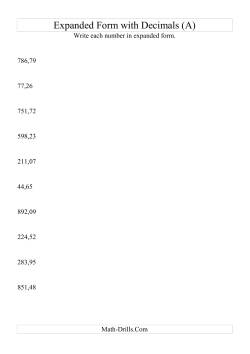 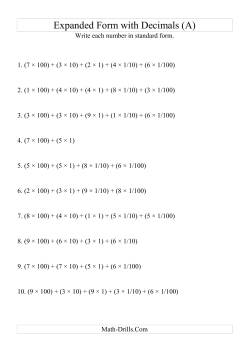 Rounding decimals is similar to rounding whole numbers; you have to know your place value! When learning about rounding, it is also useful to learn about truncating since it may help students to round properly. A simple strategy for rounding involves truncating, using the digits after the truncation to determine whether the new terminating digit remains the same or gets incremented, then taking action by incrementing if necessary and throwing away the rest. Here is a simple example: Round 4,567 to the nearest tenth. First, truncate the number after the tenths place 4,5|67. Next, look at the truncated part (67). Is it more than half way to 99 (i.e. 50 or more)? It is, so the decision will be to increment. Lastly, increment the tenths value by 1 to get 4,6. Of course, the situation gets a little more complicated if the terminating digit is a 9. In that case, some regrouping might be necessary. For example: Round 6,959 to the nearest tenth. Truncate: 6,9|59. Decide to increment since 59 is more than half way to 99. Incrementing results in the necessity to regroup the tenths into an extra one whole, so the result is 7,0. Watch that students do not write 6,10. You will want to correct them right away in that case. One last note: if there are three truncated digits then the question becomes is the number more than half way to 999. Likewise, for one digit; is the number more than half way to 9. And so on...

We should also mention that in some scientific and mathematical "circles," rounding is slightly different "on a 5". For example, most people would round up on a 5 such as: 6,5 --> 7; 3,555 --> 3,56; 0,60500 --> 0,61; etc. A different way to round on a 5, however, is to round to the nearest even number, so 5,5 would be rounded up to 6, but 8,5 would be rounded down to 8. The main reason for this is to not skew the results of a large number of rounding events. If you always round up on a 5, on average, you will have slightly higher results than you should. Because most before college students round up on a 5, that is what we have done in the worksheets that follow. 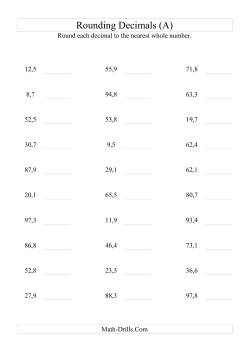 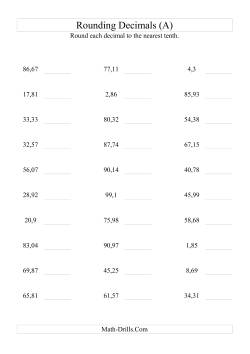 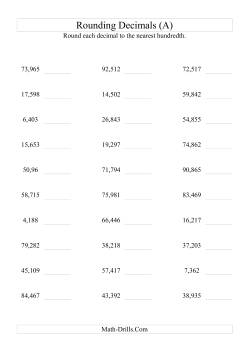 Comparing decimals worksheets. Tight means that the numbers are close to one another rather than random 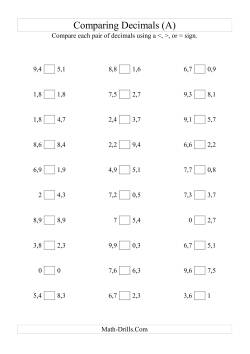 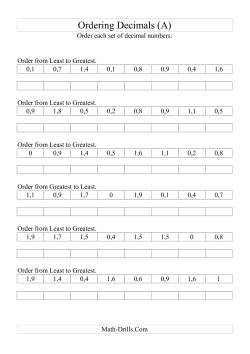 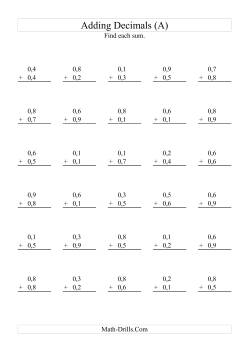 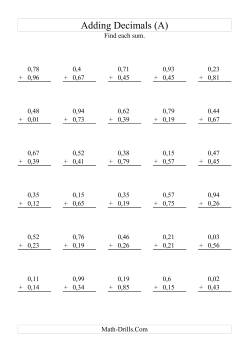 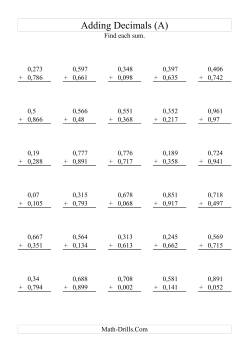 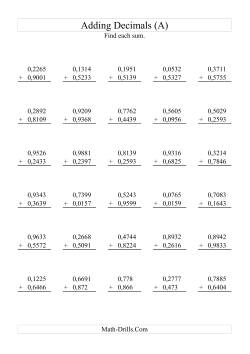 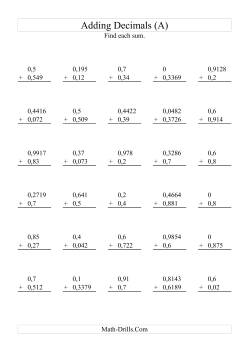 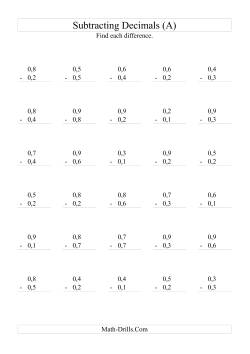 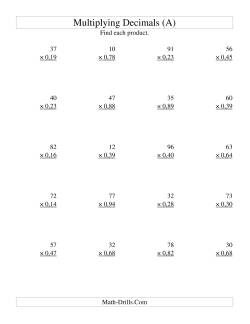 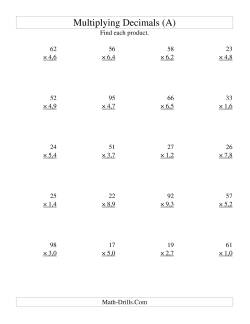 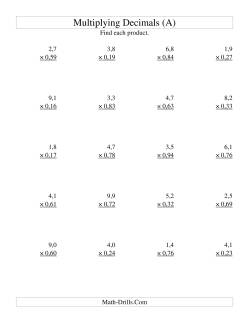 Multiplying decimal numbers by a variety of decimal places 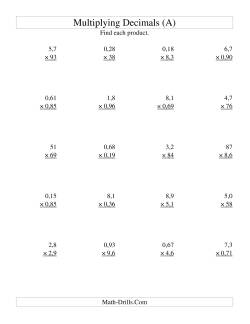 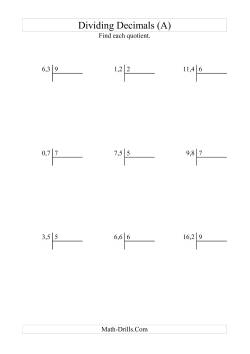 In the next set of questions, the quotient does not always work out well and may have repeating decimals. The answer key shows a rounded quotient in these cases.

Dividing decimals by whole numbers with quotients that may need rounding 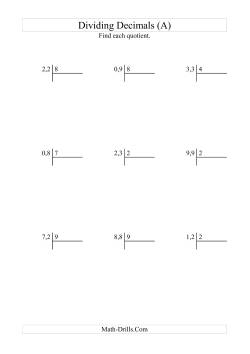 Dividing decimals by other decimals with quotients that may need rounding 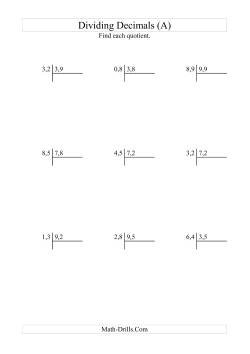